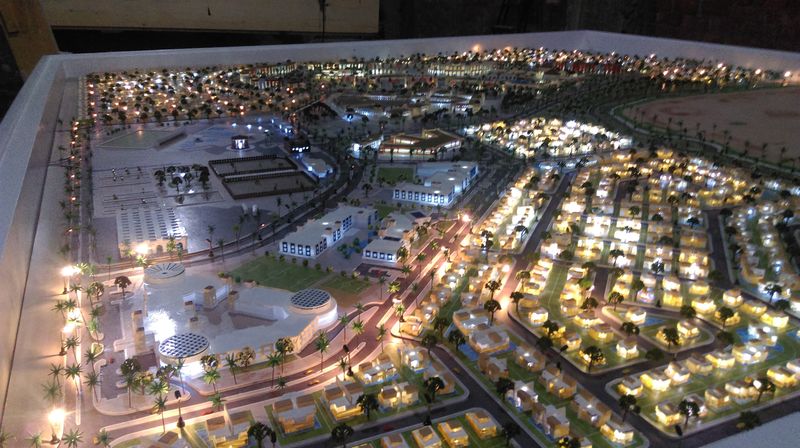 The beginning of the use of the art of making figures was with the appearance of the first architectural works in the days of the Pharaohs, and this was recently proven by the finding of mini pyramids in one of the excavations located near the Pyramids area in Giza.
He was not known at this time as anthropomorphic, but he was the main design of the works that are implemented (because there are no tools for designing a tablet, pens, rulers, a triangle, a computer ......... etc. like this era), so reliance on sculptural design was like writing at this time.

Then the profession of stereoscopes began to evolve as quickly as anything around us, it was made with clay (clay), then it developed and made with wood with cutting tools and ordinary mechanization, so the centers of the model industry were nothing but carpentry workshops but with more accurate tools and machines.

With the development of the age and the emergence of a strong competitor to this industry, first hand-worked hand-held binoculars work, and these did not mean the making of figures.
What rocked the industry’s throne was the emergence of photogrammetries using advanced design software (such as Auto CAD 3D + 3D Max + Maya & Photoshop). The industry would have found a place in this rapid development.